Evan Calder Williams puts forward the argument that we are already living in apocalyptic times, its just that the apocalypse is unevenly distributed. As a Geographer, this point excites me, after all, spatial and temporal distribution of things is our bread and butter, so to speak. But, what does Williams mean by this? All around the world, there is evidence that a deepening crisis is affecting our planet, namely Capitalism, but to take one specific effect of this crisis, global anthropogenic (or maybe, if Jason Moore is to be believed, ‘Capitalogenic’?) climate change.

The Paris Climate Agreement, whilst the most significant and important climate change agreement since the Kyoto Protocol of 20 years ago, misses the mark on what is climatologically possible, according to leading scientists. The world is experiencing significant changes to its weather systems, including the changing distributions of floods and droughts, altering the geography of famine and epidemics. The globe is seeing simultaneous epidemics of hunger and obesity. Political scandals erupt across the international scale, from accusations of sexual assault and white supremacy in Washington, D.C. and Westminster, to military coups in Zimbabwe. The financial crisis of 2007 is still being felt, with another threatened to occur should the Brexit process fail to secure appropriate trade deals. Many oil companies are now starting to admit that the days of peak oil production may be behind us. The sixth mass extinction event, some would argue, is already upon us and has been for some time. The International Geophysical Union has taken a concept spoken by Paul Crutzen in anger at a conference in the 1970s and declared that The Earth is in a new geological Epoch, welcome to the Anthropocene. 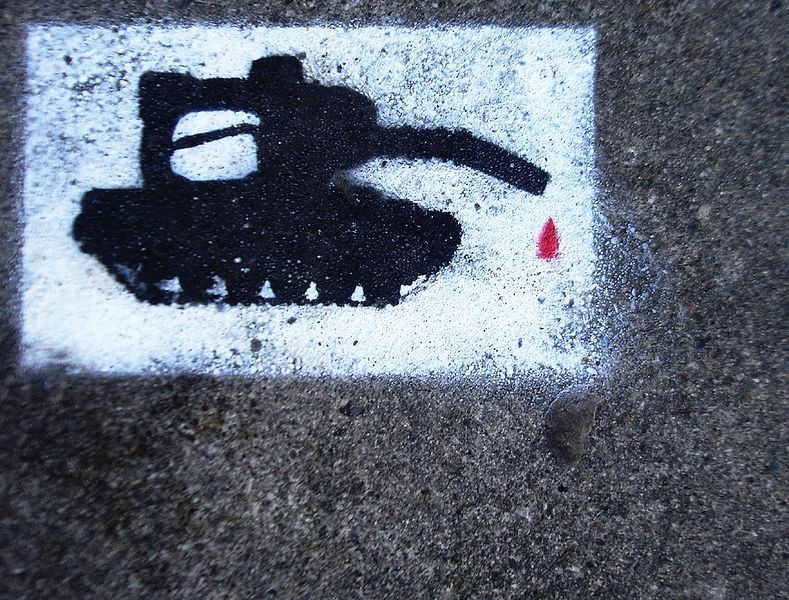 Well, yes and no. It is too late to avoid the Apocalypse, if we follow Williams’ argument, but the Apocalypse can and, I would argue, should, be a source of hope. Žižek and other psychoanalytically informed philosophers remind us that the reason Hurricanes Katrina, Sandy, Harvey, Irma and José sent such shockwaves through the collective consciousness is precisely because they were Apocalyptic, not catastrophic: they unveiled a relationship which had already been in play for decades before they happened.

What is meant by this is simple: we already knew that, should an extreme weather event hit New Orleans, New York or Puerto Rico, the magnitude and scale of the damage would be distributed along lines of racial and economic segregation, yet we chose to live as if we didn’t know. The event itself and the effects that are still felt to this day in Louisiana and will continue to be felt for many more years in Puerto Rico is not the Apocalypse I wish to highlight here. The true Apocalypse is the disavowal of the knowledge that politics really is that callous. In other words, we know it is and choose not to do anything about it.

There are some important reasons for this, and I don’t mean to place the burden of responsibility on the voting and buying public, nothing could be farther from my heart and mind. The reason, I would argue, is a deepening loss of an understanding of what it means to be human, to feel compassion and to be moved to action. This is, at least according to contemporary scholars, because Capitalism, as a totalising system, gives society a range of freedoms and liberties, allowing a full-bodied experience of personal agency. But, in a world of possibilities, what about the impossibilities? Can we demand things which would seem impossible given the current structure of society? Things like delivering however much medical and constructive aid is needed in a disaster, without having to quibble over the percentage of our national GDP that would have to be sacrificed? Tackling climate change by creating a cleaner and more prosperous society whatever the resource cost because, after all, our economy cannot exist on a dead planet and so should take a back seat?

This argument is not new, the Anarchist movement has been demanding the impossible for over a century. It is only now that this concept is beginning to resonate with others in society who can see that the problem is not that The Earth is dying, it is that Capitalism makes it seem that saving the economy is as important as saving the dying planet.

To give a little philosophical context to this, Jacques Rancière in the late 1990s theorised that, for things to fundamentally change, politically, a boundary between what is possible currently and what could be possible in the future has to be broken, allowing the future possibility to become a current possibility. This concept he called ‘the political moment’. More recently, Erik Swyngedouw along with Slavoj Žižek and a few other philosophers have noted that this boundary becomes harder to observe, as Capitalism includes more and more possibilities in its structure. This allows for the individual to see choosing between current possibilities as a radical act and therefore nothing fundamentally changes. Žižek calls this ‘the art of the possible’. Swyngedouw (and Rancière before him) calls this ‘post-politics’.

To bring this argument full circle, what is especially useful about apocalyptic events (different from crises and catastrophes) is that they lift the curtain on the art of the possible, breaking the post-political situation we find ourselves in and allowing a political moment to take root, but, crucially, only if we learn to recognise them as such. It is very easy in the current system to see the rampant inequality revealed by a hurricane or earthquake and remark “Well, what else did we expect to happen?”, but this is a waste of a perfectly good Apocalypse. Instead, the Apocalyptic moment should be a learning experience, one in which we collectively examine the relationships it unveils, the ways in which the system adapts and becomes resilient to the catastrophe. Through learning from the Apocalypse we may just glimpse the boundary which enables us to break free of the art of the possible and demand the seemingly impossible.

Earl Harper is currently undertaking his doctoral research at the University of Bristol, UK. He is studying the interaction between popular imaginaries of apocalypse and environmental dystopia in Hollywood and other films and the virtual geographies of contemporary urban development projects. He holds a Masters and Bachelors of Science from the University of Manchester and has worked with the Tyndall Centre for Climate Change Research, also in Manchester, as well as a two year post as a Science Communicator at the National Museum of Science and Industry.